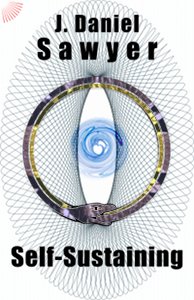 as near to it as makes no difference–but don’t worry about it if he invites you to dinner. You won’t be left with bread and water. Although he may deny himself the pleasures of the flesh, he is generous with his hospitality–and his money.

Tonight, he hosts dinner with his chief researcher who’s just made one of the biggest applied biology breakthroughs in history; the culmination of a lifelong dream, and a grand occasion for the greatest hospitality he’s ever shown.

Being a kindly soul, it has never occurred to Theo that there can be too much of a good thing. His guest, however, may have ideas of his own…

Now available for your Kindle, Nook, and all other readers.

“…so tomorrow, we release it. Oh, thank you.” I accepted the goblet from my host as he passed by on the way to his throne at the head of the table. “They’ve got no idea what’s going to happen.”

Theo may have been a monk in all but name. He may have been a celibate prick with delusions of grandeur. He may even have been crazy (with the kind of money the man had, most people figured he was entitled). But one thing he wasn’t, was dull.

The Spanish red in the goblet he handed me was a minor evidence of the fact that anyone could discern after ten minutes in his inner sanctum: his studious isolation was matched only by his eloquence and his culinary taste.

Not that he indulged himself. The wine and the fancier foods were all at my end of the table to this point. A hospitable ascetic—one of the things besides his wallet that recommended him as a dining companion.

“You’ve done excellent work. Your entire team. A Nobel-worthy performance, certainly.” He flipped open the wire-cage on an old-fashioned beer bottle and decanted the contents into his stein. Home brewed, naturally.

“Not likely. It’s a process, not a discovery. And the committee’s gone sour on non-medical biotech since the Rossfield affair.” I decided to let the wine breathe for a moment.

“Still. Remarkable, my good man, just remarkable.” He took a sip of his beer. “Excellent, yes. You shall all receive an extra bonus, I think. Every man jack of you. An extra year’s pay as congratulations for a job well done.”

“I’ll drink to that!” I raised the goblet to my lips—not glass. Metal. Heavy. Ponderous. Exactly what you’d expect from a self-styled pseudomonk. The liquid inside had aged perfectly; smooth, dry, with a palate-cleansing finish that left the mouth feeling expectant, and empty.

Theo sipped his beer, and appeared to roll it around thoughtfully before swallowing. He smacked his lips and let go an appreciative “Ah, yes. Good batch—I’ll have to make this recipe again.” He smiled at me. “Blackberry lambic. Long prep time. Far more…decadent…well, I don’t indulge much, but for an evening such as this… A special occasion. Exceptions can be made.” He smiled, and I thought that behind his wizened eyes I saw a glint of mischief. “A special occasion for us both, I think. That what you’re drinking there, it’s my last bottle.”

“This is fabulous. Thank you again.” I didn’t know whether I should ask him why it was a good thing that I was taking his last bottle, so I decided to play it cool for the moment. I figured that when you’re sitting at dinner with a man who could easily buy a few small countries and still have money left over for a six pack, it’s best not to seem too easily impressed.

Of course, playing it cool didn’t leave a lot of maneuvering room for conversation. But my host didn’t leave me dangling for long. Our dinners arrived on the backs of robotic servants—another one of his affectations, born of his world-shaping moral philosophy. After taking another draught, he spread his hands in front of me.

“You may uncover your meal whenever you like.” He uncovered his own serving dish and forked a couple thin slices of meat onto his dish. He scrupulously avoided any vegetables, leaving them on the platter.

Me? I was starving. I’d had a long day wrapping up the stray pieces of a ten-year long project—in my elation I’d skipped lunch. But the yawning in my gut had nothing on the empty feeling that my mind had slid into. Accomplishment is like that – you work for years to make something happen, and the first result of winning is that you suddenly have nothing to live for, at least for a few days. Postpartum depression, comfortable as an old sweater, and twice as smelly. I lifted the lid from my dinner.

Now that was an odor as far from old sweaters as Albuquerque from Callisto. The tray was loaded with thin strips of meat—some looked to be steak, other strips were whiter or redder—stacked in the middle of a forest of asparagus spears and purple potato wedges. I took a healthy portion of what looked like steak, and another of what looked like chicken, and added some asparagus and potatoes, then covered the service to keep the heat in. And the smell. As hungry as I was, that smell would drive me straight into the rubber room even while I was eating—even the less concentrated version coming off my own plate had my mouth watering to beat Niagara.

The taste was even better than the smell, if such a thing is even possible. I started with the white meat–soft and melting and substantive with flavors I’d never learned to describe. Delicate and light, prune and savory and sharply sweet and turkey-salty flavors all wrapped up together in a primal package. I couldn’t speak while I ate, couldn’t even listen. I was loathe to even swallow, just in case the next mouthful wasn’t as good. Without a doubt, it was the most amazing meat I’d ever tasted.

It was…unbearable. Truly. I had to stop after only four bites to take a sip of the wine, hoping to God it would cleanse my palate so I could taste the meat again, and taste it fresh. I felt as if I’d just managed to reach the surface before my lungs collapsed, but though I could breathe in the world above, it would never again seem colorful or appealing.

Theo grinned as he sliced a small morsel for himself. Much smaller than the bites I’d taken—he obviously knew how to handle a meal like this. I’d spent the last god-knew-how-many-years in a lab, grabbing what food seemed good enough for me to survive the eighteen hour days. “Do you like it?”

Read the rest on your
Now available for your Kindle, Nook, or other ebook reader. .