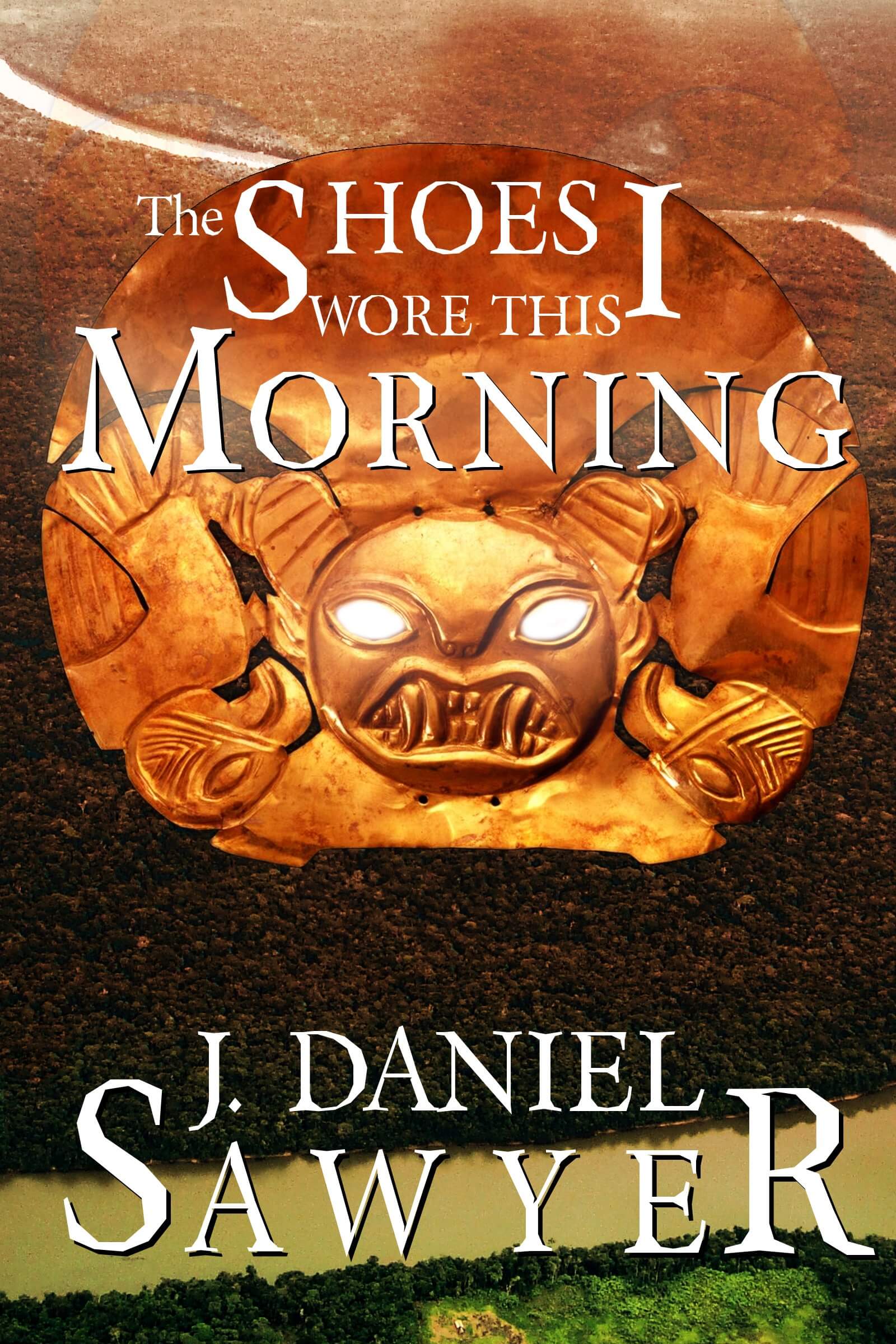 During the first week every month, you will find a new free short story here for your reading pleasure–after which, it will diminish to a sample. For October 2016, I’m proud to present you with The Shoes I Wore This Morning, a truly horrific alternate history of the Victorian rubber boom in late 19th Century Brazil. Enjoy!

It wasn’t raining in Manaus. In the high part of the rainy season, this struck many of the locals as unusual, even odd, as a number of them remarked when I trudged my weary way from the docks.

I, of course, knew why it was not raining. And I knew the storms would come again, soon. An hour, maybe. Storms the like of which even God has not seen since he flooded the world.

This storm would bring no flood. It proceeded from an entirely different source.

I was here because luck had smiled upon me—for what little good it did me—in the hour of my second-greatest need, not so long ago. The hour of my greatest need loomed an hour hence, and I needed fortification.

But fickle Dame Luck exacts a price, and never pays out in kind. In my case, she smiled on me only because I was willing to sacrifice the shoes I wore this morning. In return, I was granted God’s grace to flee before the storm with a native who knew how to ride the current in ways that no Englishman will ever master—the only reason I was able to arrive before the coming storm at all.

You may think I’m having a laugh when I speak about a fast boat down the Amazon, but the Taupai rivermen know the river’s ways, its hidden channels and dead zones, and they manage the journey speedier than any paddleboat, and without any kind of steam engine.

Manaus’s pearl-shell whitewash and bright coal-dye colors make it the perfect storybook city for the last outpost of civilization when arriving, and the first when leaving for London. It announces that not even the mighty jungle can stand against man’s determination, and that nature bequeaths to us her bounty in such magnitude that we might never exhaust her.

And perhaps we never would have. But nature is not the only party, and, according to the Bible I was raised on, God is changeable in his favor, and might deem us unworthy if we transgress too far into the wrong domain. And this, I regret, I have done, and only in the interest of saving my family from doom at the hands of its creditors. God save us all.

It is no proud thing for a modern explorer such as Lord Phineas Roxton Summerlee to be pinning the last of his hopes on a miracle, but that was what I was down to.

My bare feet flapped on the cobbles as I headed uptown. I wanted my fortification in style, and what I lacked in attire I made up for in gold—gold enough that, even in a place like Manaus, the prigs would pretend to me that I appeared a proper lord rather than a shipwreck’s refugee.

“Give me three fingers of Jameson. Neat. Leave the bottle.” In a proper lounge like this, straight whiskey just is not done. Working-class pikers might swill straight from the barrel, but a proper gentleman—especially one drinking in the early part of the afternoon—orders with soda, or not at all.

“We don’t want no riff-raff in here. Head back on down to the docks with you.”

I stood from the mahogany stool and looked him in the eye. “What is your name?”

“Addison, I am Lord Phineas Roxton Summerlee of Somerset. My brother owns this building, and I will traffic in this establishment if I bloody well please.” I pulled a pouch from my pocket and poured a measure of gold on the bar. “Take it, or go to the maitre’d and have your wages computed. Do I make myself clear?”

“Your pardon, sir.” And he obliged.

“What’s this?” That voice behind me, I’d know anywhere. My mother’s brother-in-law. Fess. Blowhard, and architect of my misery. The kind of man who moves to the end of the earth to “run the family business,” but believes that phrase should end with “into the ground.” Too old to understand what money is for, from the generation that believes industry is unbecoming to the gentry. If only my brother and I had thought that way, there would be no approaching storm.

Poor Peter. Another reason for the booze.

“Fin, my boy, when did you get in?” Fess offered me his open cigarette case.

“Just,” I waved off the smoke, knocked back the shot, and choked down the burn. If I’d wanted something to savor, I’d have ordered cognac. I was here for Irish courage, not pleasure.

“Whoa, boy!” He grabbed the bottle before I could refill.

I yanked it back from him. “Get yourself buggered, Fess.” And I poured another drink. Four fingers, this time. Knocked it back like it was water.

“Fin, my boy,” he fancied himself a diplomat, his condescension conciliatory. He lit a companionable cigarette, and made as if he had nothing more urgent on his mind than an afternoon snooker match. “What in blazes happened? And what are you doing back here? Why, you weren’t due back for weeks!”

“Where is your brother?”

Not a word passed my lips.

“Still up the river.” I poured another.

I knocked it back. I hoped I had enough time to get good and drunk. “Because we found it.”

I reached in my pocket, pulled out my last precious possession. My picture of Elizabeth, and little Aaron. I propped the little silver frame, shattered glass and all, next to the bottle, then I raised the glass and thought, It’s my fault, Elizabeth. My fault. I’m sorry. I should never have left home. But if I am to die, I will gaze at the last upon your sweet face.

“We found it. Up the river. Maybe a thousand miles.” I sloshed down another, the bottle now half-gone. It was already loosening my tongue, but I figured, hell, he deserves to know. Even if he was a sniveling old prat, even if he was a proper scoundrel, he deserved to know. A scarce luxury as far as history was concerned, but to my way of thinking, every man ought at least to know what killed him in the end. Seems only decent.

“Yes. Or a hundred. In a granite blister near a great rift in the land where the water falls down from the upper basin.”

“Orellana’s prize?” He was practically drooling. “Like in the stories?”

“No! Not like in the stories!” I was too busy pouring to notice right away that I was shouting. The expression on his face told me. Out of self-respect, I lowered my voice. Him, I didn’t care about. This could, if I wanted it to, be his fault. He was the one who’d planted the notion. “Not like the stories at all. Not a thing.”

“The Indians, they know the truth, if we would have just listened to them . . . All the way up river. Any friendly tribe. They’ve heard the stories. They say that Orellana spoke of a man of gold, not a city—an ancient high priest who attended a sacred temple in the . . .”

Read the rest of The Shoes I Wore This Morning in the format of your choice. 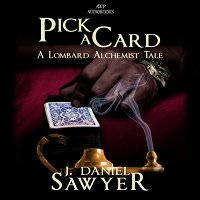