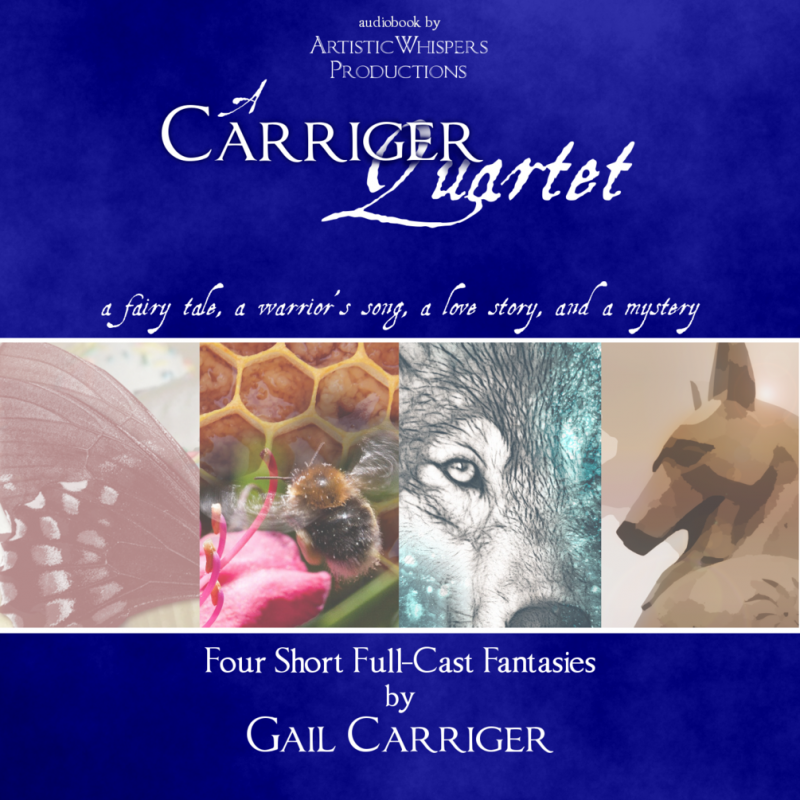 Four original, unabridged, full-cast productions of Gail Carriger's most beloved fantasy short stories. From ancient Turkey through the mythical middle ages to Victorian-era Egypt and modern-day New York, these audio adventures will bring a smile to your face and a bounce to your step. Fun for the whole family!

“The Curious Case of the Werewolf That Wasn’t, the Mummy That Was, and the Cat in the Jar”: A mummified cat, a secret agent, and an aristocrat entangle Alessandro Tarraboti (father of Alexia Tarraboti from the Parasol Protectorate series) in a rollicking, wry adventure into the supernatural secrets of ancient Egypt.

“Marine Biology”: Inconveniently a werewolf, unexpectedly alive, and secretly gay, marine biologist Alex finds himself forcibly shackled to a flirty merman on the hunt for some sinister selkies. An unconventional romance between impossible partners told with the kind of wit and comedy that made Gail a household name.

“Fairy Debt”: Despite being a fairy, Cups can’t grow wings due to a death promise to a local king. Entering service in his castle as the Least Jester, she must find a way to earn her wings while navigating the hazards of cupcakes, tea demons, and the occasional Earth dragons.

“My Sister’s Song”: Fantasy, history, and subversive strategy collide in this Roman-era tale of a warrior, Mithra, who must repel an entire legion alone and armed only with a very peculiar weapon. Her sticky solution to this impossible problem must be heard to be believed.