Last night, I got no writing done. 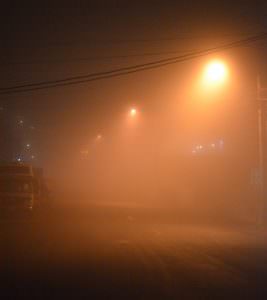 There was a really long business meeting with the other writers and publishers in town (and several who came in from out of town) to confab about some new developments in the industry. Loads of fun, very intense, got to see some friends I don’t get to see much, but when I got home at midnight I was completely exhausted, so I crashed before I got my writing shift done.

Storms kept me inside today. Glorious winter storms. Hard rain beating on the windows, wind blowing hard enough to make the house creak. Yesterday, it was still summer, with cold winds kicking up in the late evening. Today, it’s definitely winter. The climate hear shifts gears like a fifteen year old on a new clutch.

I spent most of the day wearing Trixie out, since she normally gets a few hours a day on the beach, running several miles chasing the ball, the seals, the sea gulls, and generally enjoying the hell of being a dog. For inside activities, we alternate between fetch, some very ferocious games of tug, and working on her more advanced obedience stuff. She’s finally starting to hold “stay” for several minutes at a time, even in the face of distractions such as BALL! and LAMB SCRAPS!! and PEOPLE JUMPING AROUND!!!

Once she wore down, I got to settle into some business stuff, which ate a few hours, then into working on the podcast, which is almost done. I got the full cut and mix done, but my ears were too tired to give it a good QC pass, which they always need before going out into the world. So, tomorrow night, you’ll have a new episode 🙂

When my ears were worn down, I hopped over to writing, determined not to lose another day. I spent the shift filling in some of the other storylines in Part 1 of the book, bringing Jade and Doug and Brittany and Muriel into things. Man, I’ve missed these characters!

Most of this work was integrating partial scenes I’ve already written, finding the connective tissue, and laying down the groove for the characters coping with their roles in unmaking and remaking their world. As such, I made only modest progress, and I’ve got another day or two of this kind of writing before I plunge headlong into Part 2, but it’s both necessary and deeply satisfying work to do.

By the time I shut down to write this post and head to bed, I was up 876 words. Here’s the current state-of-play:

By the way, you’ve still got four days to grab the Exteme Science Fiction book bundle with Hadrian’s Flight and Suave Rob’s Double-X Derring-Do, along with a collection of great stories by Mike Resnick exploring all the weird space sports that he’s been able to think of over the course of his magnificent career. Don’t miss it!