My apologies to regular readers who come around here for the creativity and not the politics. Please skip this post if you are not interested in a powerfully worded opinion.

Buckets of digital ink have already been spilt online over the debacle of FOTSA and SESTA and the seizure of Backpage.com, the de-listing of Craigslist personals, and the closure of a 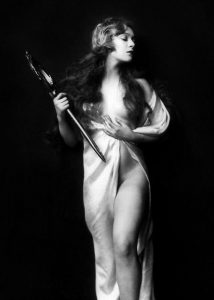 number of other sites. There are human rights issues (most foundational among them are free speech), there are perverse consequence issues (there is no way to control the less savory aspects of the sex trade–such as prostitution of minors by their elders, or the occasional free-agent underage prostitute who is precociously entrepreneurial and/or financially desperate–without the trade being visible). I’m not even going to talk about the basic problem of the prohibitionist mindset (the Dutch attitude towards teenage sexuality and sex education–“tolerate in order to control”– is a wise heuristic readily applicable to any activity that is both highly pleasurable/in demand and has potentially dangerous expressions).

Sex workers provide a highly in-demand service that other people are unwilling to. Sometimes they provide that service at a very high personal cost. Theirs is a risky business. They take the same financial and existential risks as any entrepreneur, plus they take additional life-and-death risks working in private settings with strangers in very vulnerable positions (strategic as well as physical). And they do it all while running the risk of incarceration, rape, and death (sometimes at the hands of law enforcement).

Sex workers put their bodies where their beliefs are.

They deserve to be compensated for what they do.

They deserve the protection of the courts and the enforcement of contracts just the same as any other entrepreneur.

The sex trade has been with us from the beginning of time. It stretches way back into evolutionary history to our remote mammalian ancestors. No law will ever wipe it out. No law will ever even put a dent in it. All any law can hope to do is embolden busybody bureaucrats with the power of life and death to poke their noses and their greedy paddypaws into places they have no business poking them.

Sex workers have been criminalized now for a century because the same meddlesome petit bourgeois mindset  that brought us the prohibition of alcohol ran rampant over the western world. The root of alcohol prohibition was the desire of bored middle-class women to force working-class men and women to conform to their notions of sexual and social propriety. The root of drug prohibition was the same, with far more racist overtones (in each case, the fear of “our white girls” being carted off by sexier exotic-colored men. Black men in the case of cocaine, Latin men in the case of cannabis, Chinese men in the case of opium, etc.).

That logic is still at work here. The current sexual trafficking moral panic is an effort on the part of petit bourgeois women and the men whom they find (or who find them) politically useful to control the sexual marketplace and culture by dint of sending men and women with guns into the bedrooms and bank accounts of adult citizens of legal age, because they cannot stand the loss of power (political, personal, and sexual) that inevitably comes with age, changes in culture, and the change in generations. Envy-driven rent-seeking is the lowest form of human moralizing, and it valorizes the most destructive, venial, self-obsessed impulses in human nature–and obscures the single thing that, if anyone thought through it, would clarify the entire shouting match.

But, since nobody is likely to point this out (especially not the current up-and-coming set in either of the major political parties, and the only reason I’m not naming names is because the moment I mention one party or another’s pet politician I’ll lose half the audience), I’m going to do it here.

This is the elephant in the room:

Sex workers put their bodies (and sometimes their mental health) on the line for their business and beliefs–the same way a soldier does. The same way a miner does. The same as does a lineman or lumberjack or any one of the thousands of workers in life-threatening professions that make life possible for others.

In the modern world, the sex worker may even exhibit this integrity at greater risk to herself (or, less frequently, himself) than many of the other high-risk professions where safety equipment is more mechanically robust than a thin rubber membrane, good hygiene, and gut feelings.