As a die-hard Monopoly fan I found the notion of Balticon rather tawdry. Baltic Ave is one of the two smallest, cheapest properties on the board – of course, wielded well, that little dark purple property set can leverage the whole game. Any con named after Baltic must be a chintzy affair – or it’s named after the Baltic Sea, in which case I was unlikely to pack enough SCUBA equipment to properly enjoy the experience (ironically, SCUBA gear did turn out to be a terrible omission, but more on that in a later post).

On the other hand, there is BALTICON, which the podcastery part of my brain expected to be the grand land of golden microphones forcibly pried from the fingers of Rush Limbaugh and re-purposed for nobler ends, filled to bursting with legions of immortal vocal talents, new media devotees, boundless opportunity, and rampant hedonism.

Unsure of which of these possibilities to put my money on, I took the plunge and went to Baltimore to find out. What I found there was somewhere in between the two.

To begin somewhere in the middle, after an obscenely early morning following a night of kid-at-Christmas sleeplessness, I blundered forth with Gail Carriger in tow. The two of us muddled through the various security checkpoints, scandalizing a wide variety of minimum-wage employees by the flagrancy with which we practiced our preferred co-conspiratorial black market activity: tea smuggling.

SFO TSA foot-soldiers, personable and polite though they are, seem convinced that SEMTEX can be hidden inside 6 oz of Irish Breakfast tea bags. The tea bags were forced to make a second trip through both the x-ray machine and the explosives detector before the inspectors were satisfied that they were unlikely to cause lasting damage to the airplane. 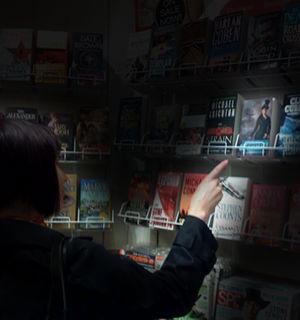 Airports are, as you may have guessed, unusual pockets of the universe that have entire sub-disciplines in special relativity devoted entirely to them. Sometimes, as when we happened upon Gail’s “Changeless” displayed prominently in the SFO bookshop, these rules work entirely for the cause of the righteous corruption of the indecently innocent. Other times, they’re just irritating, as they create a situation in which the words “on time” have no lexical content whatsoever. To explain:

When you go to a cinema, the movie is scheduled to start at a certain time, and that certain time is always eight to ten minutes after the time posted on the marquee (during which time they remind you how lucky you are to be watching the film in a room full of odd-smelling, cell-phone weilding strangers who have inexplicably forgotten that slasher films are not pleasant experiences for their three-year-old children). That start time is a universal constant if one allows for a five-minute margin of error on either side.

However, if your flight is scheduled to depart at, say, 0600, the proper way to decide when to arrive at the airport is quite involved.

Step 1: You must examine the unwashed entrails of four diseased goats by the light of the full moon, searching for Dan Brown’s signature (you’re certain to find it eventually). Once you figure out the precise position of the signature, you write the number (measured in fortieths of a furlong) on a piece of paper, and proceed to step two.

Step 2: In your front yard, during a heavy rainstorm, perform an impromptu full-length interpretive nude dance to the Whitney Huston version of “I Will Always Love You.” When the lawn dries, you’ll need to hire a priestess from a local Macumba group to do the sacred geometry. When she measures the progression of angles of your footprints against the Zodiac and does her divination, she will give you another, more confusing number. Write this one down on the piece of paper as well.

Step 3: Divide the bottom number by the top number. If the result is four digits long, that’s the time you must arrive at the airport. If it’s less than four digits, add zeroes until you get four digits. If it’s more than four digits, you didn’t pay the priestess enough, and will need to re-do the dance part.

As complicated as this is, it’s far preferable to a blind guess based on the time the plane will allegedly depart. If you arrive two hours prior (which Homeland Insecurity insists you should), you’re guaranteed to encounter no lines at security, no lines at the gate, a flight crew that was out the previous night drinking and are thus not legal to fly, and a cabin crew that appears pleasantly stoned and only vaguely aware that they aren’t animatronics stolen from “It’s A Small World” at Disneyland.

On the other hand, should you tempt fate and arrive merely an hour and fifty minutes early, you will be subjected to strip search, reversible vivisection, long lines, a plane that’s departing early, and a baggage clerk that insists that you can’t check your luggage because the plane is already locked down, and a gate crew that insists that you must check your luggage because there is simply no room under your seat for a laptop computer (often this is because every available seat is occupied by members of the Portugese royal family and their souvenirs).

Gail and I, needless to say, did not know about the goat and dancing procedure, so we showed up early and wound up having a very pleasant breakfast and watching the sun rise over the East Bay Hills to kill time.