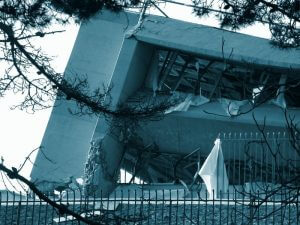 Back when I was writing Silent Victor, book 4 in my Clarke Lantham Mystery series (the stories all stand alone–feel free to pick up any one that looks interesting in order to sample them!) I discovered, in the middle of the novel, that there was a book missing in the series–a book I had to write in order to be able to write the rest of Silent Victor. So I put Silent Victor on hold and spent a few weeks writing Smoke Rings. Once that book was done, my creative gears unclogged, and I was able to finish the book I initially set out to write.

I just never expected it to happen with The Kabrakan Ascendency.

This is my BIG series. It’s a single story, five books long, and I’m dead in the middle of it.
And, yesterday, I discovered that I’m not, actually, where I think I am.
It turns out there needs to be another book, away back at the beginning of the series, in order to set the stage for events that are unfolding in the book I’m writing (The Reeves Directive) and in the one that will follow (no title for that one yet).

So, just like I did with the Lantham mysteries, The Reeves Directive is going on hold while I scroll back and write The Briggs Defection–well, mostly. I’m going to continue working on one of the storylines for The Reeves Directive, since it needs to catch up to the others. Expect to see the word count on that one grow gradually, while the word count on The Briggs Defection grows rapidly.

You know, for years I was scared of coming back to this series because I wasn’t sure I could handle how big it was. It’s turning out I wasn’t entirely crazy–but instead of being frightening, this is seriously fun.

In other news, I had a lovely evening on the beach under a stormy sunset. Working my way back up to my normal 5-miles-per-day walking regimen. Still got a bit of the cold hanging on, which curtails my activity and is still keeping me out of the recording booth (dammit). However, I sense the armies of virus particles are now fleeing before the awesome power of my leukocytes, so it’s only a matter of time now.